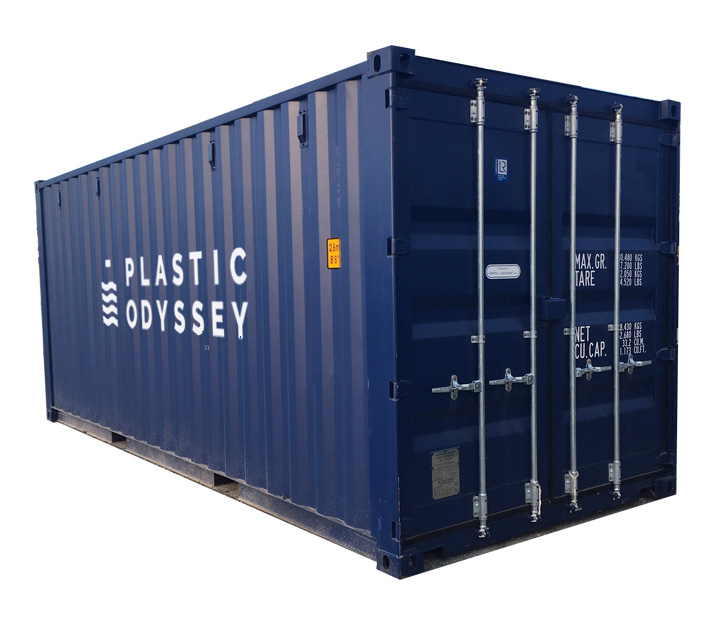 In most cases, the plastic waste that ends up in landfills is dirty, degraded and mixed together to the point that it becomes too difficult or expensive to recycle.

Plastic is made from gas and oil, the molecules of which are put end to end to form long chains: polymers.

By heating plastic to over 450 ° C in the absence of oxygen, pyrolysis breaks these molecular chains to transform plastic waste back into liquid and gaseous hydrocarbons.

These hydrocarbons can then be used as recycled fuels to power engines, generators or burners.

Pyrolysis is not a recently developed process, but its implementation remains rare due to the low cost of virgin oil and the complexity of this large-scale technology. Small-scale and accessible pyrolysis systems are a good local means of handling plastic waste and accessing energy.

The role of pyrolysis

Pyrolysis can process dirty and mixed plastics that would be difficult to recycle. It makes it possible to give a final utility to waste in contexts where energy is precious and recycling unprofitable.

Once obtained, the latter evaporate and are collected by a cooling circuit which allows them to condense and obtain liquid fuel. 70 to 80% of the mass of plastic treated is transformed into liquid. The remainder falls in the form of solid residues (5 to 10%) at the bottom of the reactor, or else is transformed into gas (15 to 20)% which can be used to heat the reactor by burning it.

1.2. Pyrolysis on board the Plastic Odyssey

The on board pyrolysis system was designed and manufactured with a partner of our expedition: Scarab Tech. We are pursuing the common goal of making this technology accessible to as many people as possible on a small scale.

In design, this unit is similar to the prototype we made for Ulysses (our demonstration ship) except that it can process more plastic per hour, up to 30 kg.

The process requires a lot of precautions and must be well controlled to minimize the risks for operators, but also to produce good quality, usable, fuel.

Version 1: The full scale prototype will serve as a demonstrator and will supply energy to the on-board recycling workshop through a dedicated generator. These tests will also allow us to improve the process and lead to a replicable version in the field.

We plan to eventually partially power the vessel’s engines, with the fuel produced. Our challenge? Refuel the ship on Henderson Island: a desert island in the Pacific known for its plastic-covered beaches!